My blog is exploding. I’ve never seen traffic like this, and I guess that’s because I’ve chosen a theme: Durango, Colorado. Roughly one out of every fifteen Durango residents read my post from two weeks ago, and from the locals, the feedback has been awesome. If we get right down to it, I’m not much more than a narcissist who feeds on the praise like a weed basking in the sun, so things have been great. But in that post from two weeks back, I used a bit of symbolic prose. I said that New Mexico leaves on your being a dust which needs to be brushed off before entering a place as majestic as our Durango. And for it, I was called a cunt and a dumb-fuck. I was told not to go back to New Mexico because I wasn’t welcome, and that I should quit my job south of the border and find some work here amongst the “hippies.” These labels and suggestions came from three different readers, and for the record, I agree wholeheartedly with the latter piece of advice.

Oddly enough, I wasn’t offended. Their idiocy was more of an indictment against our public education system than anything else; these individuals never learned how to read. And I don’t mean that they can’t sound out their letters and read from a page the written word, but rather, I mean that they can’t comprehend the greater meaning which is represented by the text as a whole. The rhetoric in my post from two weeks back was actually aimed at the myopic few here in Durango who think that others should stay out; I was talking to locals who think that they have a greater right than others to occupy this portion of Colorado. It’s these people who detest the New Mexican dust. But a few readers from south of the border didn’t get that. Hell, maybe there really is New Mexican dust, and maybe these readers have been exposed to too much of it. Maybe it’s clogging their pores and blinding their eyes and slowing to a crawl their already feeble brain activity. But like I said, I’m not pissed. If anything, I’d like to congratulate these individuals for branching out and reading something other than the menu at the McDonald’s drive-through.

But even if I had meant what they thought I meant, why would they get so angry? Why would a few words on a webpage push them over the edge and lead them to call a stranger a cunt? It’s not like I was speaking to them personally. Actually, I wasn’t even speaking derogatively about people; I was writing about a place. So why’d they get so mad? Well, it’s because these non-readers thought that I was insulting their homeland. In their rants, they said that they were proud natives and that I could leave if I didn’t like it. In my mind, “native” is just another word for “stagnant fool who’s too parochial to explore,” but that’s beside the point. And I didn’t like it, so guess what… I did leave, and now I live here. In most cases, these people get pissed because they’re unintelligent birds who’ve flocked together according to a similar feather in towns that accept their bigotry and small mindedness. If you point at them an open-eyed finger of truth, it calls into question their acrimonious paradigms and their feathers start to ruffle. They plug their ears with their fingers and start shouting (by calling a cunt a writer they’ve never met) just to drown out something they don’t want to hear.

Isn’t it odd that people get so fiercely protective of the dirt upon which they grew up? If we were to take an objective look at the two towns in New Mexico (Farmington and Bloomfield) that are closest to Durango, we’d find that there’s nothing about which to be proud. These cities are really nothing more than dirty shanty towns that are plagued with crime and low income and failing schools. Sure, one could say that this is just an opinion, but if an opinion is held by the majority, it takes on a hallowed glow; it becomes something else, something greater than an opinion. Nobody in their right mind would argue that the shittiest part of Nebraska is better than the best part of Hawaii. The statement that “Hawaii is better than Nebraska” could be called subjective, but we all know that it’s not. It has breached the barrier between fact and opinion and most of us would agree that the former is a more apt categorization. The assertion that “Durango is better than Farmington and Bloomfield” is the same. If you’re south of the border, and you’re reading this, please think long and hard about what I’m saying. If you’re in Bloomfield, go stand on Main Street. Go look at those three gas stations and that dilapidated grocery store. Smell the diesel fumes and listen to the trucks that bypass your town on their way to deliver goods to greener pastures. And then come up here. Stand on our Main Street. Look at our historic buildings and our culture. Smell our cooking smells and the river and the pine in the air. Listen to our laughter and our music and then tell me that I’m not right. Tell me that your town doesn’t suck ass compared to our utopia. For fuck’s sake, let go of your misplaced territorial allegiance and open your eyes.

That’s exactly what I’ve done. I once fought tooth and nail to protect verbally my homeland of Wasilla, Alaska. But if I sit back and let go of those atavistic urges to stake a claim mentally on the place in which I was reared, I can see things in a more vitreous light. Wasilla sucked. Sure, it was surrounded by pretty mountains, but the town itself was just a bunch of pole-barns infested with rednecks. So I moved on. I gave up my “native” title; now, I’m a “local” at best and a “tourist” and worst. And life is better. I can take my daughters out to the river and let them frolic in its green waters. I can stand on the train tracks above and watch them loving life. Afterward, I can take them into a clean town full of educated peers for a bite to eat. All the while, I can know in honesty that I live in a great town. It’s a town I’ve selected thanks to research and experience. I chose to live here instead of the place from which I came, and frankly, that makes me more than a native, and it keeps me out of reach from the little people who try to impugn me with their impotent insults. 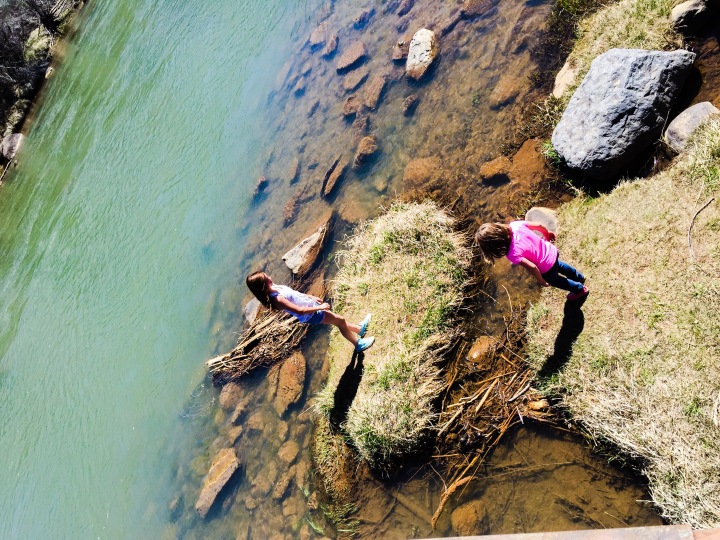 One thought on “Sorry, not sorry.”